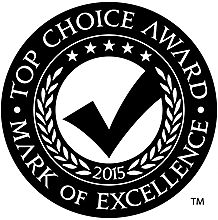 We have been proudly operating locally in Alberta for over 28 years.If you need to move your home locally or long distance, our movers can help. Our award-winning Calgary moving company has completed thousands of moves in and around Calgary. We will relocate your possessions to your new home or office safely, efficiently, on time, and on budget. If you don’t have time to do the packing, our Packers and Unpackers can help with that too.

If you are not planning to take everything with you when moving, or don’t have room for all your belongings we can help with affordable storage options from our preferred partners in both Alberta and BC.If you’re moving out of Calgary without driving one of your vehicles, our movers can arrange to pick up your vehicle and transport it to the your location safe and sound.

Trust your next move with experts at TSM Moving and Move with Peace of Mind.

Calgary is in the foothills of Canada’s Rocky Mountains, where the Bow and Elbow rivers connect. It is the major urban centre for the southern half of Alberta and is surrounded by an area of profound beauty with an unspoiled, resource-rich natural environment.

It is no surprise Calgary has been ranked the 5th most livable city in the world by The Economist Intelligence Unit from 2009-2015. Population density is low, quality of life is high, and housing is abundant.

“The face of Calgary is changing. Walk through any neighbourhood and you’ll meet people who have moved here from all over the world.”

The residents are young, educated, generous and well paid. Calgarians are family-focused, recreation lovers, that are dedicated to a healthy work-life balance. As inhabitants, Calgarians are passionate supporters of community organizations: there are more volunteers in Alberta than the national average.The sensible cost of living in Calgary comes as a pleasing surprise to most. It’s more affordable to live in Calgary than in many large cities like Vancouver or Toronto. Provincial, income and inheritance taxes in Alberta are among the lowest in the country, and Albertans’ health care insurance is free.

Bonus – Alberta is the only province in Canada without a provincial sales tax.